Last week I (Lynne) was travelling in the UK, meeting with Family Impact supporters and spending time with my family. Lydia and Zach, our Gap Year students from Trent Vineyard, have now spent time with the team and our local church family, have each been assigned their own project at Family Impact and have regular slots each week where they serve with local ministries. With myself and David Cunningham away, this week involved continuing with those activities and tasks they’ve been plugged into but with less direct supervision. We love giving volunteers who are with us for a bit longer a chance to stretch their wings and get outside that comfort zone, because let’s face it, we’re not called into comfort but into adventure in this life of following Jesus! Hope you enjoy Lydia’s reflections…

This week has been one of routine and change.

The routine aspect meant that, for the first time since we arrived, we (kind of) knew what we’d be doing this week, which was good. I like routine. I like regularity. The change was brought about by both Lynne and David Cunningham (whose house we’re staying in) leaving (Lynne for 9 days, David for the remainder of our trip). In many ways these changes could’ve felt like the rug being pulled out from underneath us: up until that point, Zach and I had been well looked after and well catered for – we basically had numerous babysitters always around making sure we didn’t starve, kill each other or run out of money. And, honestly, that suited me just fine. I like being taken care of and I love it when people care if I don’t starve (1. Because I like, you know, not dying; 2. Because I hate cooking).

But, of course, I knew that this was necessary. Partly because they had to leave (apparently they have lives?), and partly because I know that if I’m going to make any attempt to be some sort of an excuse for a fully-fledged adult, I’m going to need to start taking responsibility for my own life, my own well-being and my own finances (loathed though I am to admit it). So what better way to learn these skills than to be over 5000 miles from home, in a new house, which means new surroundings and new people? Comfort zone is truly nowhere in sight. 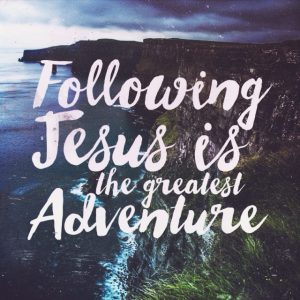 I knew that part of this trip would be about learning to be independent, which, this week, meant continuing my FI project without seeking the constant approval of Lynne, it meant asking people if I could be of use to them instead of waiting to be asked, and it meant making my own fun (which, when the person you spend the most time with is a perfectly happy introvert, can be hard). But I’ve grown. This week sort of did feel like being thrown out of an aeroplane (with a parachute, of course), and while it was uncomfortable (as I imagine jumping out of an aeroplane is), I loved that it’s a situation I’ve never been in before, I love that I have to learn about how I deal with being in these situations, because I know that it’s in these moments that we see real growth in ourselves.

If you’re interested in coming to spend some time serving in Zimbabwe, head to the Get Involved section of this website or head to the Family Impact website and send us a message.